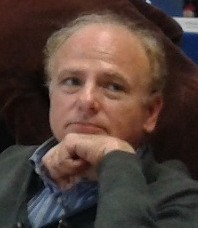 Full Professor at the University of Seville Head of the Robotics, Vision and Control Group

Scientific Advisor of the Center for Advanced Aerospace Technologies (CATEC)

He has been also “stagiere” at the Laboratoire d’analyse et d’architecture des systèmes (LAAS-CNRS), Toulouse, France (1979), and visiting scientist (1990-1991) at the  Robotics Institute, Carnegie Mellon University, Pittsburgh, USA. Since December 1992 he is Full Professor at the University of Seville where he has been Vice-Director of the Engineering School. He is currently leading GRVC with more than 75 members at the School of Engineering and the Association of Research and Industrial Cooperation of Andalucía (AICIA). He is currently Scientific Advisor of the Center for Advanced Aerospace Technologies (CATEC) with more than 70 members and has been Scientific Director of this Center.

He researched in autonomous aerial systems, robotics and automation, presenting the results in more than 800 publications including papers in journals (more than 240), book chapters (63), and Conference Proceedings. He is author or co-author of 10 books including a book on computer control “Premio Mundo Electrónico” (Spanish Award), a book on robotics, the book “Intelligent Mobile Robot Navigation” (Springer, 2005), a book on “Teleoperation and Telerobotics” (Pearson- Prentice Hall, 2006) and a book on autonomous and distributed systems for applications on vehicles and natural environments (2008). Furthermore, he is editor or co-editor of 16 books including Multiple Heterogeneous Unmanned Aerial Vehicles (Springer, 2007, translated to Chinese in 2012), with 9 Chapters being co-author of 6, and “Cooperating Objects and Wireless Sensor Networks” (Hermes, 2007) with 6 Chapters being co-author of 3 Chapters. In August 2019 it was  published by Springer STAR the book Aerial Robotic Manipulation with 27 Chapters, co-edited with Prof. Siciliano, which is  the first book on Research and Innovation in this growing área.

He has been coordinator of the successful European projects “Real-time coordination and control of multiple heterogeneous unmanned aerial vehicles” (COMETS) in the 5th Framework Programme, with 7 partners from 5 countries, and “Platform for Autonomous self-deploying and operation of Wireless sensor-actuator networks cooperating with AeRial objEcts” (AWARE), in the  6th Framework Programme, with 8 partners of 5 European countries. In the 7th Framework Programme he was thecoordinator of the  “Aerial Robotics Cooperative Assembly System” (ARCAS) on aerial robotic manipulators for assembly applications, with 8 partners from 5 countries,  “Estimation and Control for Safe Wireless High Mobility Cooperative Industrial Systems”  (EC-SAFEMOBIL) on methods and technologies to increase the safety in the operation of autonomous aerial systems, with 9 partners from 5 countries, and  the People (Marie Curie) Multi-UAV Cooperation for long endurance applications (MUAC-IREN). In the  H2020 Programme  he has been  the coordinator of “AErial RObotic system integrating multiple ARMS and advanced manipulation capabilities for inspection and maintenance” (AEROARMS) with 10 partners from Spain, Germany, France and Switzerland. All these proojects have finalized with very good results with world-wide first technology demonstrations. and receiving several awards.

He has been associated coordinator of the Network of Excellence  on Cooperating Objects (CONET) and of the Integrated Project FP7 project “PLAtform for the deployment and operation of heterogeneous NETworked cooperating objects” (PLANET).

Moreover he has been the Principal Investigator or the Co-Principal Investigaotor of  the participation of the University of Seville in many projects including the H2020 MARINE-UAS  Autonomous Unmanned Aerial Systems for Marine and Coastal Monitoring  Innovative Training Networks (ITN-ETN),  the project AEROBI (AErial RObotic System for In-Depth Bridge Inspection by Contact), TERRINET (The European Robotics Research Infrastructures Network), HYFLIERS (HYbrid FLying-rollIng with-snakE-aRm robot for contact inSpection) and RIMA, the Digital Innovation Hub on robotics for Inspection and Maintenance,

Moreover he was the co-leader of EUROC Challenge 3 ARCOW on the application of aerial robotics for aircraft manufacturing that was been selected between the two finalists of Challenge 3, between 34 participants in this Challenge. He also led  the AL-ROBOTICS team participating in the MBZIRC competition.

In 2018 he received an ERC Advanced Grant from the European Research council with a budget of 2,5 millions of euros for GRIFFIN (General compliant aerial Robotic manipulation system Integrating Fixed and Flapping wings to INcrease range and safety).

From December 2019 he is the coordinator of the H2020 Project AERIAL-CORE (AERIAL COgnitive integrated multi-task Robotic system with Extended operation range and safety) which is  a joint effort of important aerial robotic actors in Europe to develop an integrated aerial cognitive robotic system that will have unprecedented capabilities on the operational range and safety in the interaction with aerial co-workers and objects in the environment.

He has been General Coordinator of the team Iberian Robotics that won the Challenge 3 MBZIRC International Robotics Competition, February 2020.

In the above and other projects he has developed methods, technologies and applications in unmanned aerial systems, robotics, control and autonomous systems in general, including:

He has been supervisor of 47 PhD Thesis that have received 10 awards.

Professor Ollero is IEEE Fellow “for contributions to the development and deployment of aerial robots”, co-chair of the IEEE Technical Committee on Aerial Robotics and Unmanned Aerial Systems, that was awarded as the RAS most active TC, Member of the Board of Directors of euRobotics (2015-2019), Coordinator of the Aerial Robotics Topic Group of euRobotics and president until November 2017 of the Spanish Society for Research and Development in Robotics (SEIDROB). He has been Member of the Scientific Council of CNRS (France), member of the European Robotics Network Board (2008-2010), Vice-Chair (2005-2008) of the Technical Board of the International Federation of Automatic Control (IFAC), Chair of the Coordinating Committee of “Mechatronics, Robotics and Components” (2002-2005), Chair of the Coordinating Committee on “Manufacturing and Instrumentation” (1999-2002), Chair of the Technical Committee on “Components and Instruments” (1993-1999), and Chair of the Working Group on “Intelligent Components and Instruments” (1991-1993).

He has delivered by invitation more than 150 plenary lectures and invited talks in conferences, courses and other events.

He is the recipient of 28 awards including:

Thanks to the achievements during his career, Anibal Ollero won the 2021 National Reserach Award in Engineering and the 31st King Jaume I Award in New Technologies. The jury, which included 5 Nobel Laureates and personalities from companies and institutions (https://cutt.ly/Dfduf4d)  awarded the leadership of Anibal Ollero in aerial robotics and   highlighted the “Invaluable ability to combine excellence in research and technological innovation with the transfer of technology to companies in the field of aerial robotics“.

He is associated editor of the Journal Field Robotics (Wiley), and member of the Executive Advisory Board of the Journal of Intelligent and Robotics Systems (Springer) . He has been member of the editorial committee of several Journals including Control Engineering Practice (1993-2005), IEEE Transactions on Systems Man and Cybernetics (1995-2008) and  “Revista Iberoamericana de Automática e Informática”

He is teaching robotics, Unmanned Aerial Systems and Aerospace Robotics courses (undergraduate and Master/PhD levels)  in curricula of Aerospace Engineering, Industrial Engineering and  Engineering on Electronics, Robotics and Mechatronics.