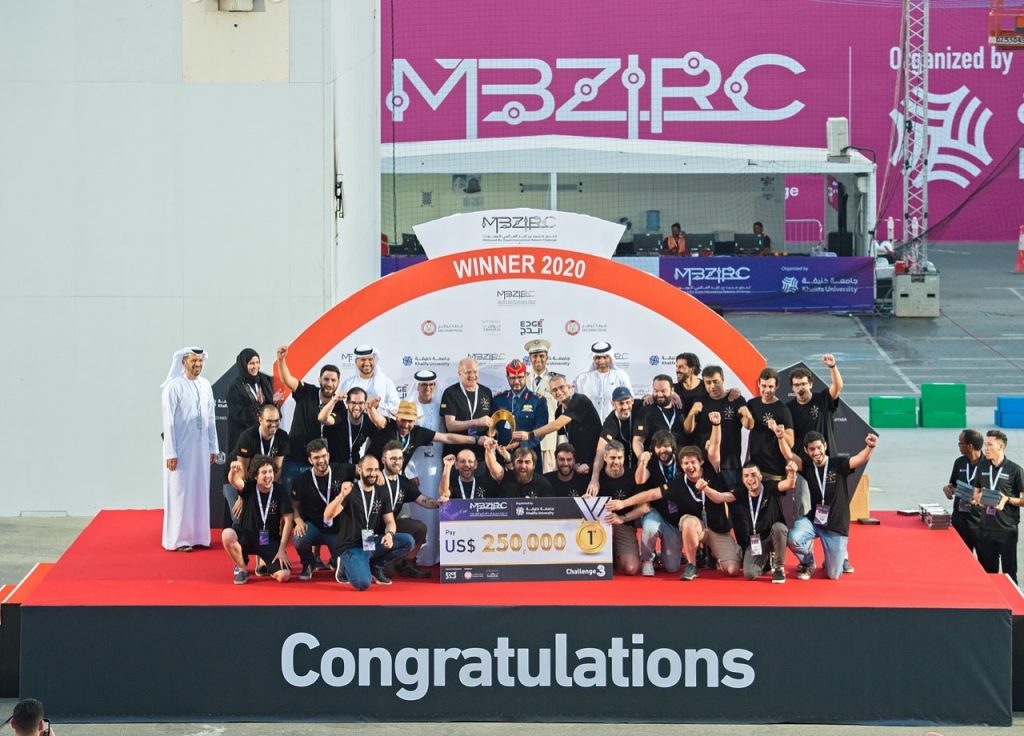 The Iberian Robotics
team formed by the University of Seville, the Centro Avanzado de Tecnologías Aeroespaciales
(CATEC) and the Instituto Superior Técnico (IST) in Lisbon has won Challenge 3 of the MBZIRC International Robotics
Competition, which can be considered the most important competition in the
world of robotics.

During the preparation of the competition, as well as on the days of official tests and competition in Abu Dhabi, the great determination and capacity for the development of robotic hardware and software of the 12 members of the GRVC Robotics Laboratory, the 6 members, has been demonstrated. of the CATEC and the 6 of the IST that have achieved such an important achievement.