After its last edition in Lisbon in 2015, the Fourth Iberian Robotics Conference (ROBOT 2019) will be held at the School of Engineering of the Porto Polytechnic (Portugal). This event shows in every edition all the new advances in aerial robotics research produced inside the Iberian Peninsula. Despite this fact contributions from another countries are accepted.

The previous editions of ROBOT were held in Madrid (2013), Lisbon (2015) and Seville (2017). The following accepted papers of GRVC members are these:

Also, ROBOT 2019 will count on a special session organised by GRVC professors Guillermo Heredia and Begoña Arrúe entitled “Aerial Robotics for Inspection and Maintenance”, which will address all the applications of aerial robotics technologies and how they could improve the inspection and maintenance tasks. This include the design and control of aerial manipulators, robot localisation and mapping, planning for exploration and multi-robot systems. 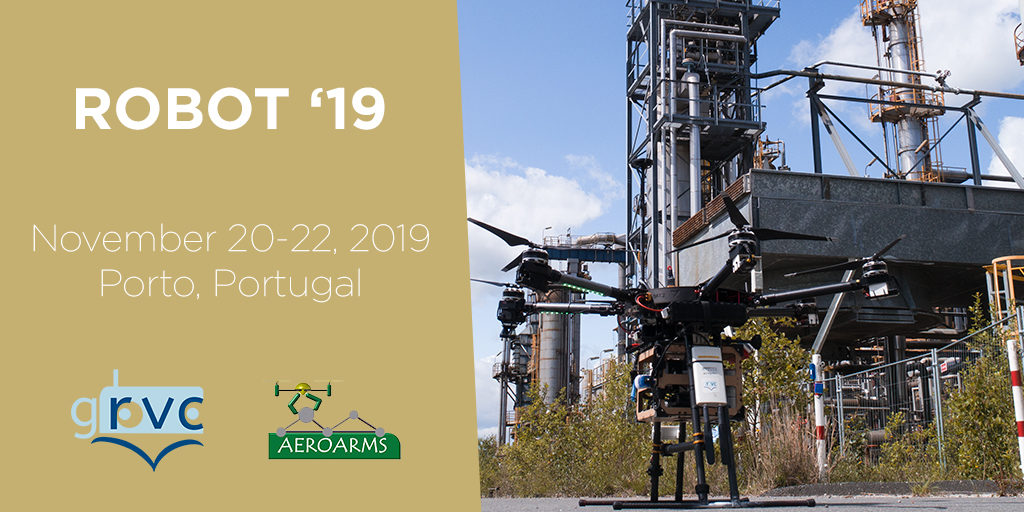