This week in a refinery located in Germany the AEROARMS final review has been held with the 10 members of the consortium and the European Commision. The advances were discussed in several meeting and the integrated platform developed by GRVC-USE and the AEROX prototype of FADA-CATEC flew near the pipes to performs inspection tasks in front of all the assistants. 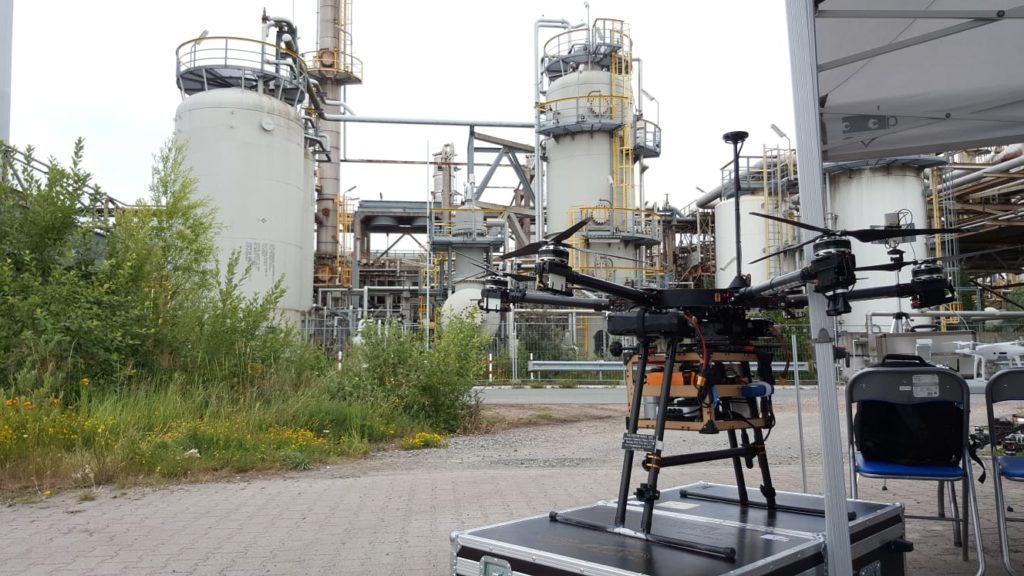 The AEROARMS project has a budget of 5,7 million of euros. This project has been one of the most ambitious endeavours inside the H2020 framework of the European Commision. AEROARMS has counted on an intensive scientific, industrial and edutcative production, with more of 150 papers disseminated in very important conferences as ICRA or IROS and scientific journals. Also, this project has appeared 141 times in the media and won the 2017 Innovation Radar Prize of Euronews.