On May 27th and 28 the 3rd International Symposium on Aerial Robotics was held with a lot of expositions about the current innovations in the field of unmanned aircraft vehicles, as perception and navigation or control. This conference is always supported and co-organized by IEEE RAS TC on the Aerial Robotics and Unmanned Aerial Vehicles  and this year the ISAR conference has been held in Toronto, Canada.

The head of GRVC Anibal Ollero gave a plenary talk entitled “Aerial robots with manipulation capabilities in flight and perched” where he showed the integration results of the experiments of AEROARMS as well as the applications in inpection and maintenance developed inside this project. Also, the aerial manipulation with dual arms was one of the main issues in this plenary talk. But the biggest novelty was the presentation of the ERC Advanced Grant GRIFFIN project, with the introduction of the bio-inspired aerial robots which currently are being developed inside the GRIFFIN framework. This aerial robots or onithopters will be capable to fly and combining gliding and flapping wings, perch in cables and other constrained surfaces using claws with variable compliance, fold the wings and manipulate with very light arms. 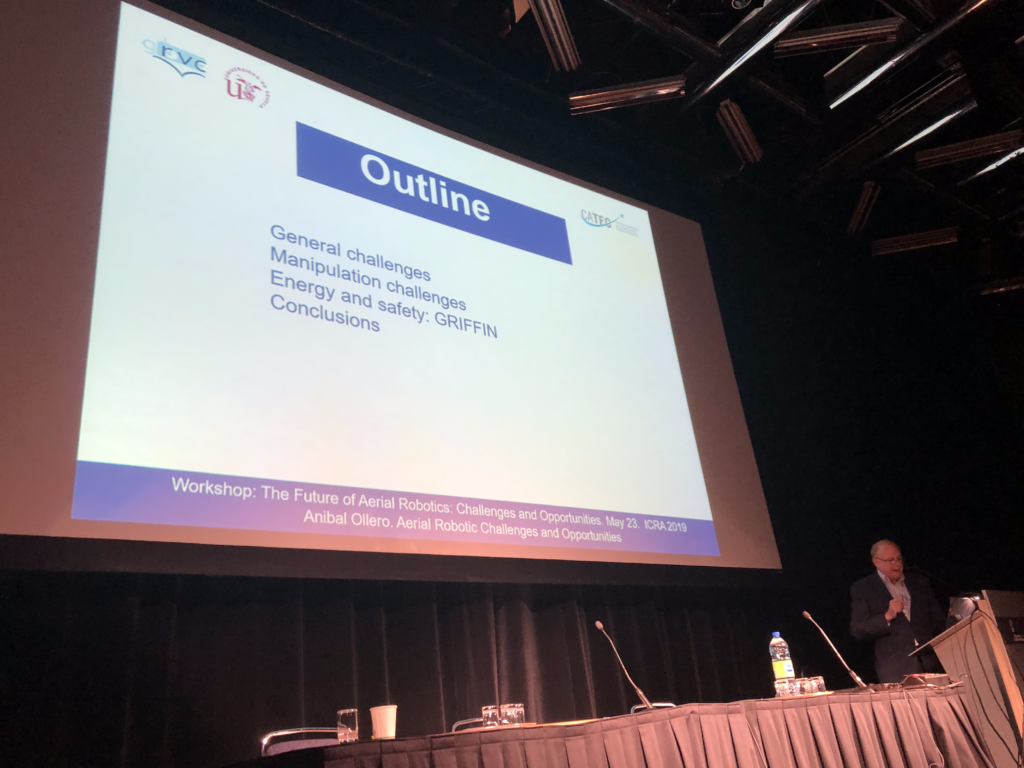 The ISAR conference have become in a regular event for the aerial robotics researchers. Last year, Anibal Ollero and Arturo Torres were talking about the results of AEROARMS and ARCOW in several talks.