In this moment AEROARMS is currently in its third and last period, so now its partners are starting to test how the advances consecuted in the second period could be applied to an industrial environment. That’s why some GRVC and CATEC members came near to a cement factory in Jerez de laFrontera and made some experiments where drones made inspection tasks in the pipes of the cement factory. These experiments delivered good results and showed that AEROARMS is proceeding on schedule. 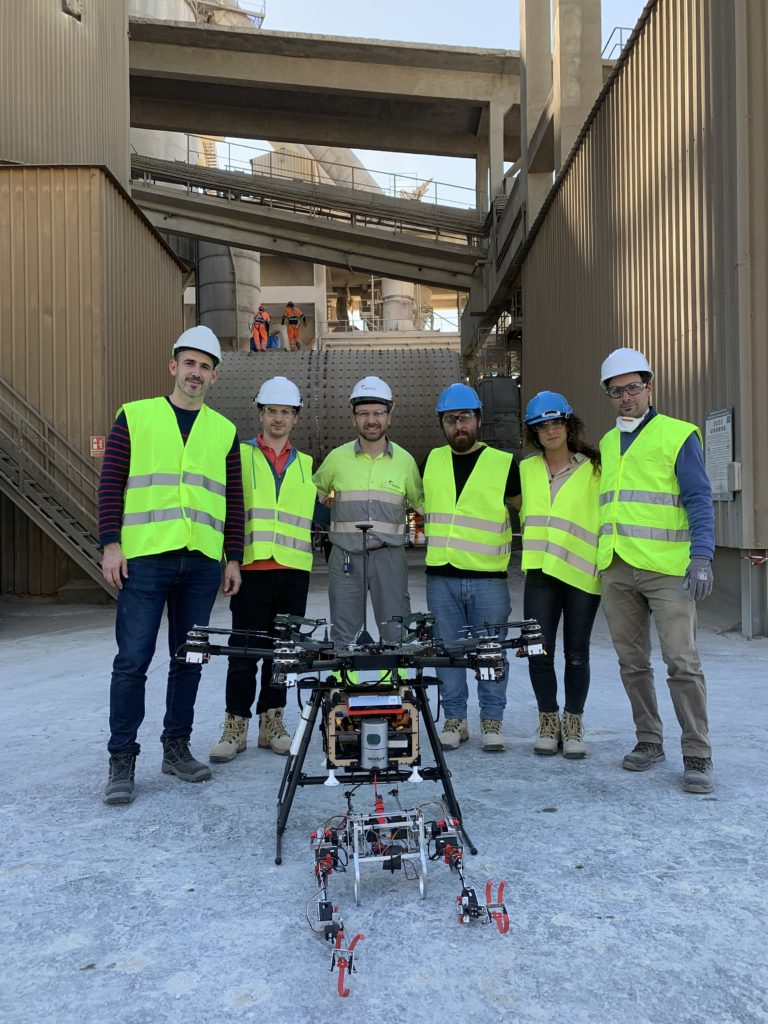 Since its beginning in November 2015 the AEROARMS project has showed how drones can help and improve the industrial inspection tasks, helping in works at heights. This could save millions of euros to factories and also reduce the derived labour risks. The innovations like the AEROX prototype or the lightweight and compliant aerial manipulation in drones developed during this project has been reported in several european mass media and also has won prizes as Innovation Radar Prize from Euronews. The project will be finished in July of this year.