One of the most robotics events of Europe is going to start: European Robotics Forum, also known as ERF. This meeting will be held this year at Bucharest (Romania) from 20 to 22 March. 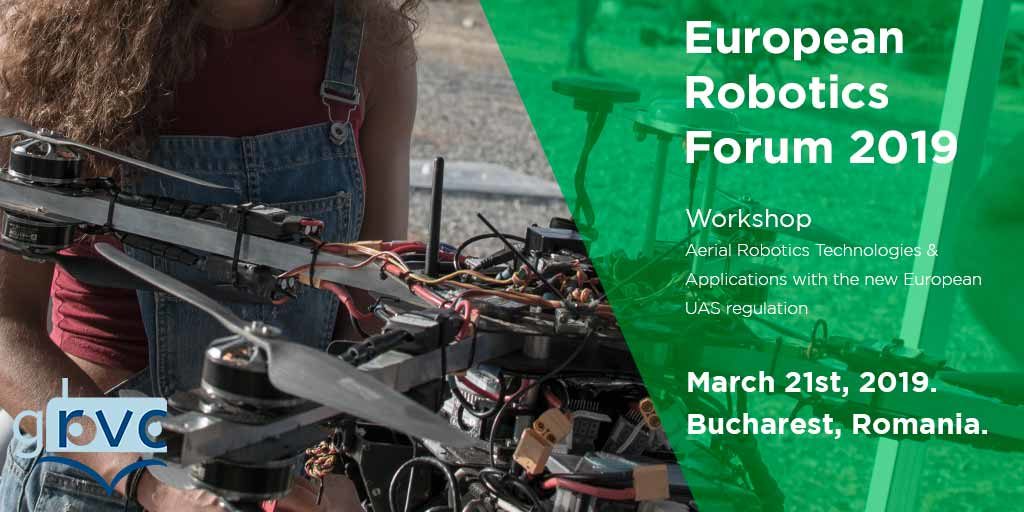 This year the head of GRVC Anibal Ollero will organize in conjunction with Mauricio Calva (Chevron) a workshop entitled “Aerial Robotics Technologies and Applications with the new European UAS regulation”. Inside this activity Ollero will talk about aerial robotics topics such as the contact inspection explored in projects as AEROARMS or the arm manipulation with drones. Also, the ERC Advanced Grant project called GRIFFIN will be introduced so as to other projects which features the participation of GRVC as HYFLIERS, Multidrone or AeRoTwin. This workshop will be held at March 21st at 10:45 a.m in the Ballroom Salon C of the JW Marriot Bucharest Grand Hotel.

The European Robotics Forum has become stablished as one of the most important meetings of Europe and every year hundreds of attendees come to its expositions and workshops. This event is organized by euRobotics, a non-profit organisation based in Brussels whose activities are focused on show how robotics can improve the daily life in society. EuRobotics also brings another events like ERLEmergency, held this year in Seville inside the CATEC’s facilities.